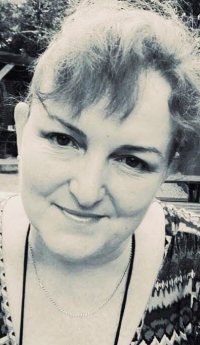 Fiona Tipping was born in Johannesburg, South Africa in 1963.

The only thing she ever wanted to do was draw or create pictures—so she trained, then graduated with a National Diploma in Graphic Design from Wits Tech (now UJ) in Joburg (1985).

She landed at Business Day as a graphic artist (1986–1992), dragging the newspaper from old pen-and-ink art to digital graphics in 1990. She migrated to the Sunday Times (1993–2015), pushing the envelope with digital work ranging from serious infographics to logo design and venturing into the new territory of digital illustration.

Her love of pen-and-ink styles in physical and digital media is evident in her work—she enjoys the switch from one to the other.

Fiona is enthusiastically expanding her repertoire, having moved from Joburg to George in the Garden Route.